back to search results

Tourists photographing each other at the entrance to Ubar archaeological site

Oman, entrance and views of the ruins at Ubar (also known as Shisr or Wubar). Remains of stone built walls, with sinkhole below into which the ancient site fell. Though the Quran story describes a wealthy city which vanished, this site was most probably a walled caravanserai around a water hole. About 30 campsites have been identified in the vicinity. Site identified by Wilfred Thesiger and Nicholas Clapp in 1990, using satellite photographs. 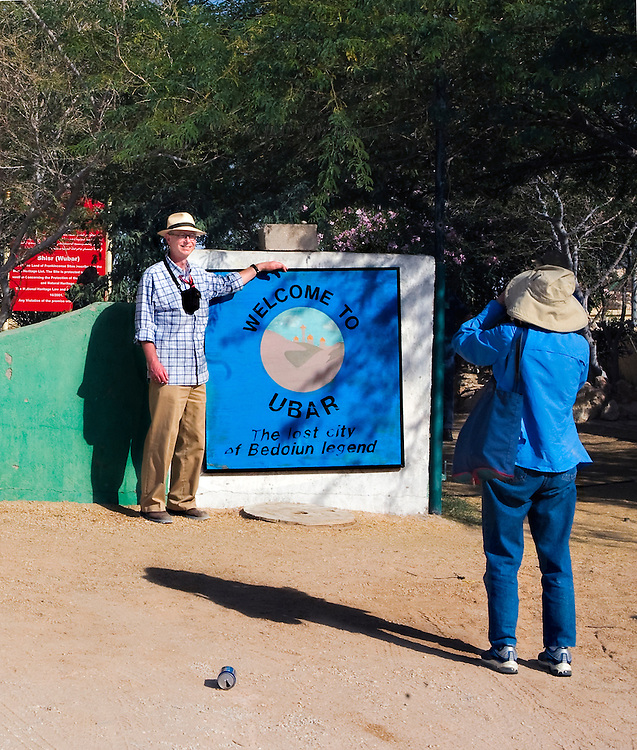